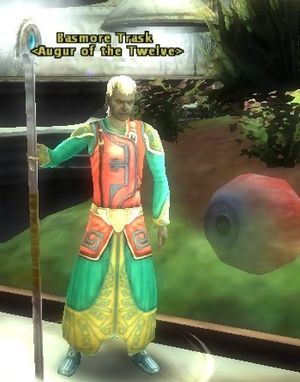 Location: Tower of the Twelve, Basmore Trask is in the center of the tower, near the fountain.

Description: <Augur of the Twelve>

Notes: For completing all quests in the story arc, Basmore offers you some of the Reign of Madness reward items.