Once a character has gained enough experience, they can speak with a trainer to advance (increase) their level.

Heroic characters have class levels as well as character level. To advance their character level, the character must advance a level in a particular class. Speak to the trainer for that class, and choose "Advance to the next level as a Class". 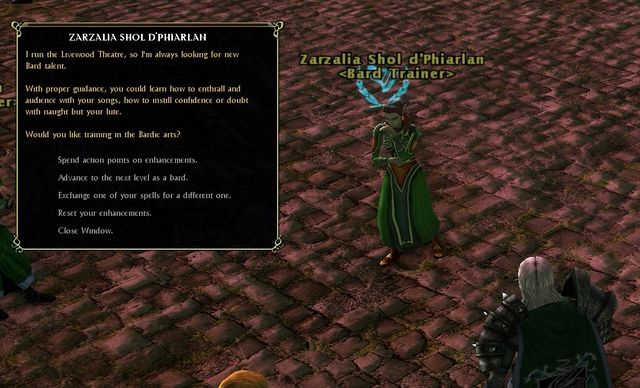 Heroic characters may advance in up to three classes, though only one class may be advanced per character level. See multiclassing for more information. Most of the benefits gained at leveling up are determined by the class level being gained.

Gains from leveling up are based on your character at the time of leveling up. Increases to your ability scores during later levels do not retroactively apply to levels already taken.

Benefits from gaining a level[edit]

When your character gains a heroic level, the following benefits are based on character level:

When your character gains a heroic level, the following benefits are based on the class level taken.

Gaining a level moves through the following screens (up to 5): 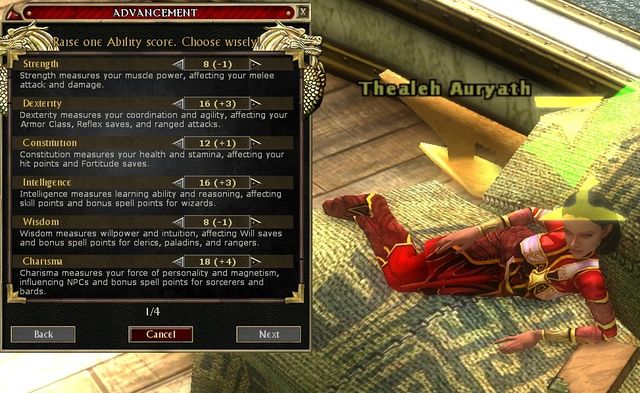 The increased value is used through the rest of the level up process.

Based on your class, race, and intelligence score, you will have a number of skill points to spend on increasing skill ranks. For some characters this can be as few as 1, though a rogue with very high intelligence can easily gain over 15 skill points per level. 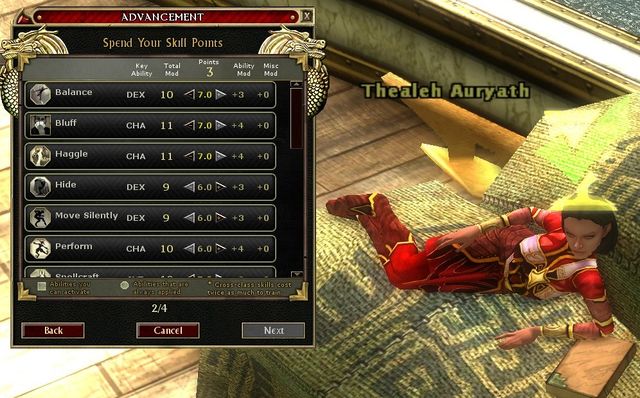 Level 1 characters choose 1 feat, plus any feat choices granted by their class. Humans gain an additional feat at level 1.

Every three character levels (starting from 3), a character must choose a new feat. In addition, class levels may grant feats. Some of these feats are applied automatically; others must be chosen. Class feats have a yellow border to distinguish them from common feats. 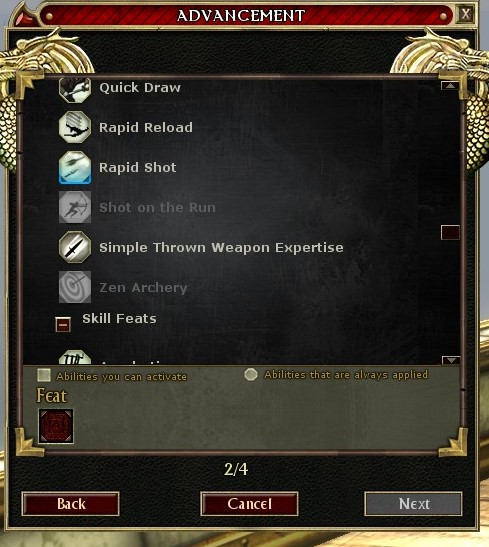 If your chosen class can cast spells, you may be asked to choose new spells. 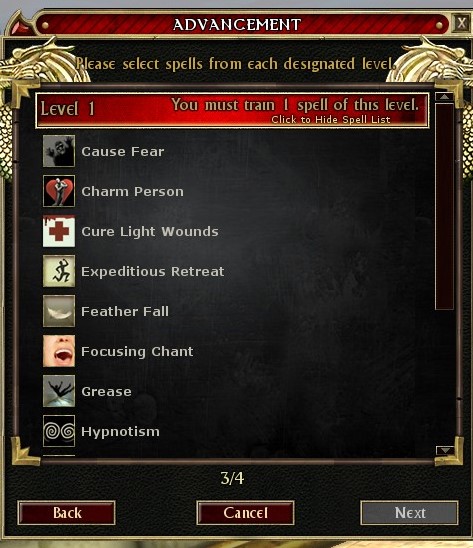 This page summarizes all the benefits gained from advancing this level. 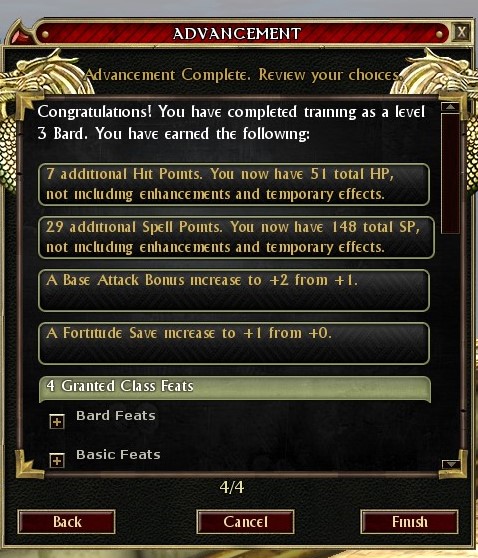 From this page, you can:

Once you select "Finish", your choices are permanent, and can only be reversed by lesser reincarnation.

Epic characters (level 20 or more) do not gain additional class levels when they advance. Instead, fixed benefits are gained based on the new epic character level.